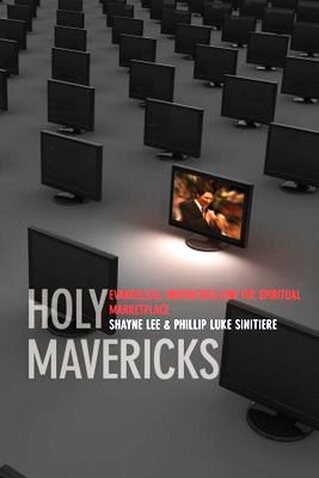 Joel Osteen, Paula White, T. D. Jakes, Rick Warren, and Brian McLaren pastor some the largest churches in the nation, lead vast spiritual networks, write best-selling books, and are among the most influential preachers in American Protestantism today. Spurred by the phenomenal appeal of these religious innovators, sociologist Shayne Lee and historian Phillip Luke Sinitiere investigate how they operate and how their style of religious expression fits into America’s cultural landscape. Drawing from the theory of religious economy, the authors offer new perspectives on evangelical leadership and key insights into why some religious movements thrive while others decline.

Holy Mavericks provides a useful overview of contemporary evangelicalism while emphasizing the importance of "supply-side thinking" in understanding shifts in American religion. It reveals how the Christian world hosts a culture of celebrity very similar to the secular realm, particularly in terms of marketing, branding, and publicity. Holy Mavericks reaffirms that religion is always in conversation with the larger society in which it is embedded, and that it is imperative to understand how those religious suppliers who are able to change with the times will outlast those who are not. 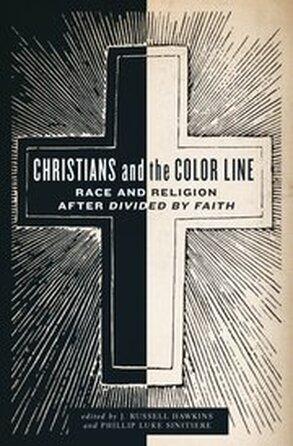 ​Christians and the Color Line: Race and Religion after Divided by Faith, co-edited with J. Russell Hawkins (Oxford University Press, 2013).

Christians and the Color Line analyzes the complex entanglement of race and religion in the United States. Drawing on historical and contemporary examples of racialized religion, the essays in this volume consider the problem of race both in Christian congregations and in American society as a whole.  Belying the notion that a post-racial America has arrived, congregations in the US are showing an unprecedented degree of interest in overcoming the deep racial divisions that exist within American Protestantism. In one recent poll, for instance, nearly 70 percent of church leaders expressed a strong desire for their congregations to become racially and culturally diverse. To date, reality has eluded this professed desire as fewer than 10 percent of American Protestant churches have actually achieved multiracial status.

Employing innovative research from sociology, history, philosophy, and religious studies, the contributors to this volume use Michael Emerson and Christian Smith's groundbreaking study Divided by Faith (Oxford, 2000) as their starting point to acknowledge important historical, sociological, and theological causations for racial divisions in Christian communities. Collectively, however, these scholars also offer constructive steps that Christians of all races might take to overcome the color line and usher in a new era of cross-racial engagement.

Purchase Christians and the Color Line from Oxford University Press, Amazon﻿, or your local independent bookstore. 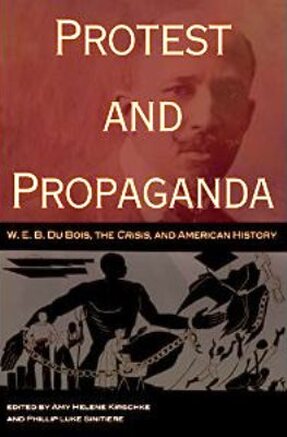 In looking back on his editorship of Crisis magazine, W. E. B. Du Bois said, “We
condensed more news about Negroes and their problems in a month than most
colored papers before this had published in a year.” Since its founding by Du Bois
in 1910, Crisis has been the primary published voice of the NAACP. Born in an age
of Jim Crow racism, often strapped for funds, the magazine struggled and
endured, all the while providing a forum for people of color to document their
inherent dignity and proclaim their definitive worth as human beings.

As the magazine’s editor from 1910 until 1934, Du Bois guided the content and the
aim of Crisis with a decisive hand. He ensured that each issue argued for civil
rights, economic justice, and social equality, always framing America’s intractable
color line in an international perspective. Du Bois benefited from a deep pool of
black literary and artistic genius, whether by commissioning the visual creativity
of Harlem Renaissance artists for Crisis covers or by publishing poems and short
stories from New Negro writers. From North to South, from East to West, and
even reaching across the globe, Crisis circulated its ideas and marshaled its  impact far and wide.

Building on the solid foundation Du Bois laid, subsequent editors and contributors covered issues vital to communities of color, such as access to resources during the New Deal era, educational opportunities related to the historic Brown decision, the realization of basic civil rights at midcentury, American aid to Africa and Caribbean nations, and the persistent economic inequalities of today’s global era.

Despite its importance, little has been written about the historical and cultural significance of this seminal magazine. By exploring how Crisis responded to critical issues, the essays in Protest and Propaganda provide the first well-rounded, in-depth look at the magazine's role and influence. The authors show how the essays, columns, and visuals published in Crisis changed conversations, perceptions, and even laws in the United States, thereby calling a fractured nation to more fully live up to its democratic creed. They explain how the magazine survived tremendous odds, document how the voices of justice rose above the clamor of injustice, and demonstrate how relevant such literary, journalistic, and artistic postures remain in a twenty-first-century world still in crisis.

Purchase Protest and Propaganda from the University of Missouri Press, Amazon, or your local independent bookstore. 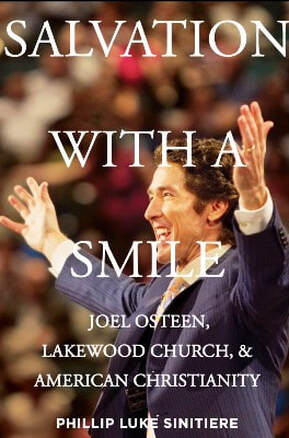 Joel Osteen, the smiling preacher, has quickly emerged as one of the most recognizable Protestant leaders in the country. His megachurch, the Houston based Lakewood Church, hosts an average of over 40,000 worshipers each week. Osteen is the best-selling author of numerous books, and his sermons and inspirational talks appear regularly on mainstream cable and satellite radio.  How did Joel Osteen become Joel Osteen? How did Lakewood become the largest megachurch in the
U. S.?

Salvation with a Smile, the first scholarly book devoted to Lakewood Church and Joel Osteen, offers a critical history of the congregation by linking its origins to post-World War II neopentecostalism, and connecting it to the exceptionally popular prosperity gospel movement and the enduring attraction of televangelism. In this richly documented book, historian Phillip Luke Sinitiere carefully excavates the life and times of Lakewood’s founder, John Osteen, to explain how his son Joel expanded his legacy and fashioned the congregation into America’s largest megachurch.  As a popular preacher, Joel Osteen’s ministry has been a source of existential strength for many, but also the routine target of religious critics who vociferously contend that his teachings are theologically suspect and spiritually shallow. Sinitiere’s keen analysis shows how Osteen’s rebuttals have expressed a piety of resistance that demonstrates evangelicalism’s fractured, but persistent presence.  Salvation with a Smile situates Lakewood Church in the context of American religious history and illuminates how Osteen has parlayed an understanding of American religious and political culture into vast popularity and success.

Purchase Salvation with a Smile from NYU Press, Amazon, or your local independent bookstore. 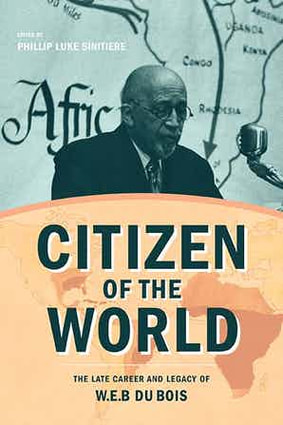 In his 1952 book In Battle for Peace, published when W. E. B. Du Bois was eighty-
three years old, the brilliant black scholar announced that he was a "citizen of  the world." Citizen of the World chronicles selected chapters of Du Bois's final  three decades between the 1930s and 1960s. It maps his extraordinarily active  and productive latter years to social, cultural, and political transformations  across the globe.

From his birth in 1868 until his death in 1963, Du Bois sought the liberation of
black  people in the United States and across the world through intellectual and
political labor. His tireless efforts documented and demonstrated connections
between freedom for African-descended people abroad and black freedom at
home.

In concert with growing scholarship on his twilight years, the essays in this
volume  assert the fundamental importance of considering Du Bois's later
decades not as  a life in decline that descended into blind ideological allegiance to socialism and  communism but as the life of a productive, generative intellectual who responded rationally, imaginatively, and radically to massive mid-century changes around the world, and who remained committed to freedom's realization until his final hour.

Purchase Citizen of the World from Northwestern University Press, Amazon, or your local independent bookstore. 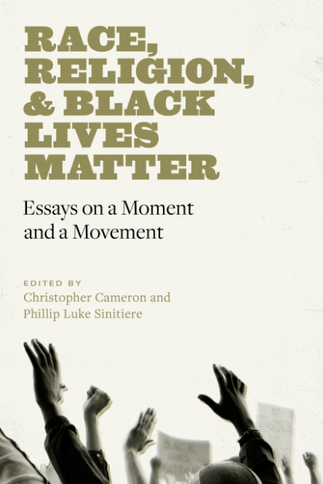 Black Lives Matter, like its predecessor movements, embodies flesh and blood through local organizing, national and global protests, hunger strikes, and numerous acts of civil disobedience. Chants like “All night! All day! We’re gonna fight for Freddie Gray!” and “No justice, no fear! Sandra Bland is marching here!” give voice simultaneously to the rage, truth, hope, and insurgency that sustain BLM. While BLM has generously welcomed a broad group of individuals whom religious institutions have historically resisted or rejected, contrary to general perceptions, religion neither has been absent nor excluded from the movement’s activities.

This volume has a simple, but far-reaching argument: religion is an important thread in BLM. To advance this claim, Race, Religion, and Black Lives Matter examines religion’s place in the movement through the lenses of history, politics, and culture. While this collection is not exhaustive or comprehensive in its coverage of religion and BLM, it selectively anthologizes unique aspects of Black religious history, thought, and culture in relation to political struggle in the contemporary era. The chapters aim to document historical change in light of current trends and current events. The contributors analyze religion and BLM in a current historical moment fraught with aggressive, fascist, authoritarian tendencies and one shaped by profound ingenuity, creativity, and insightful perspectives on Black history and culture.